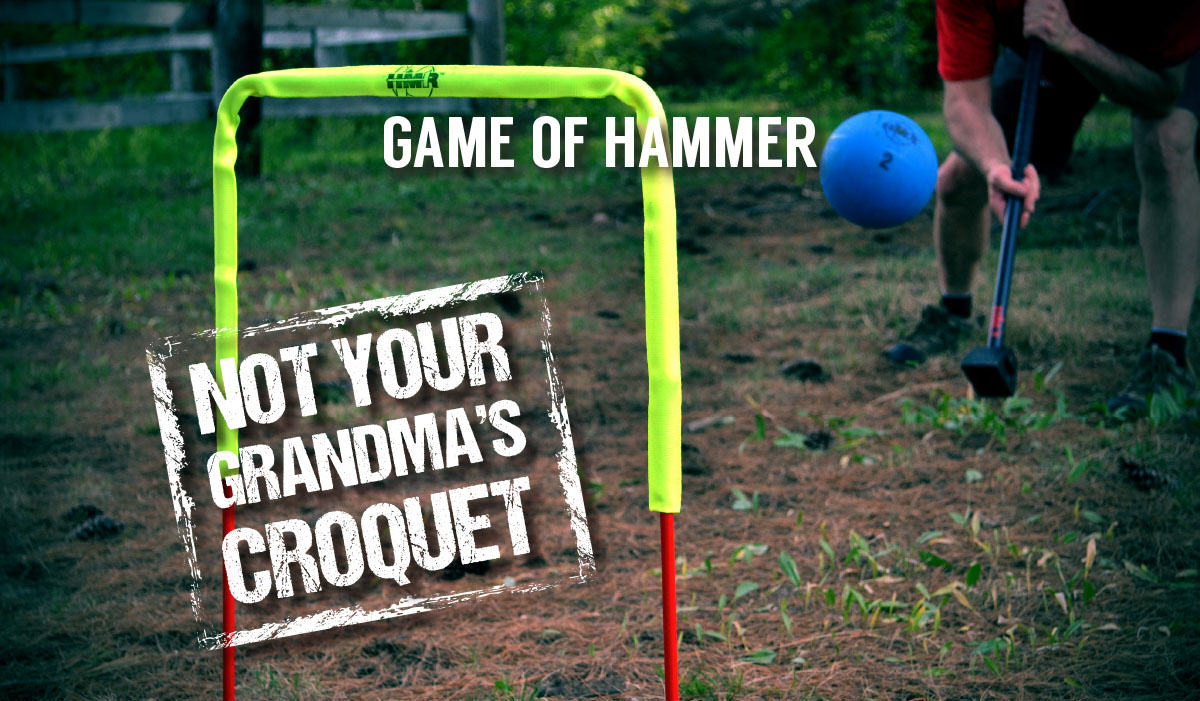 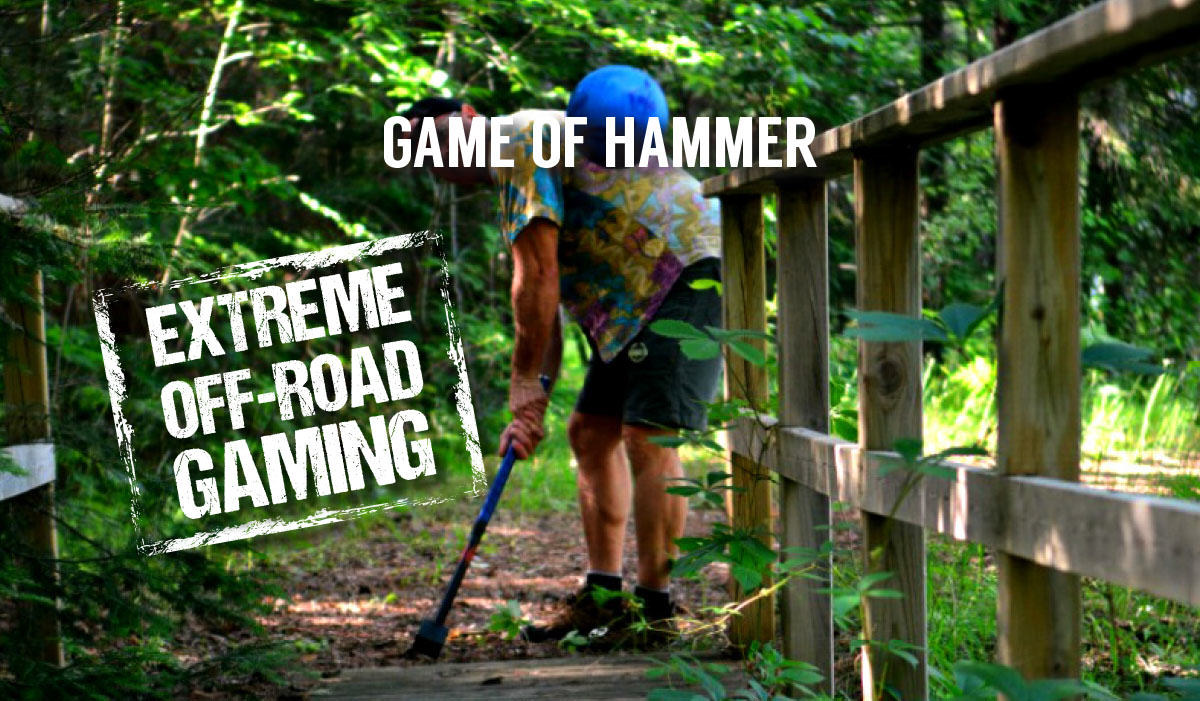 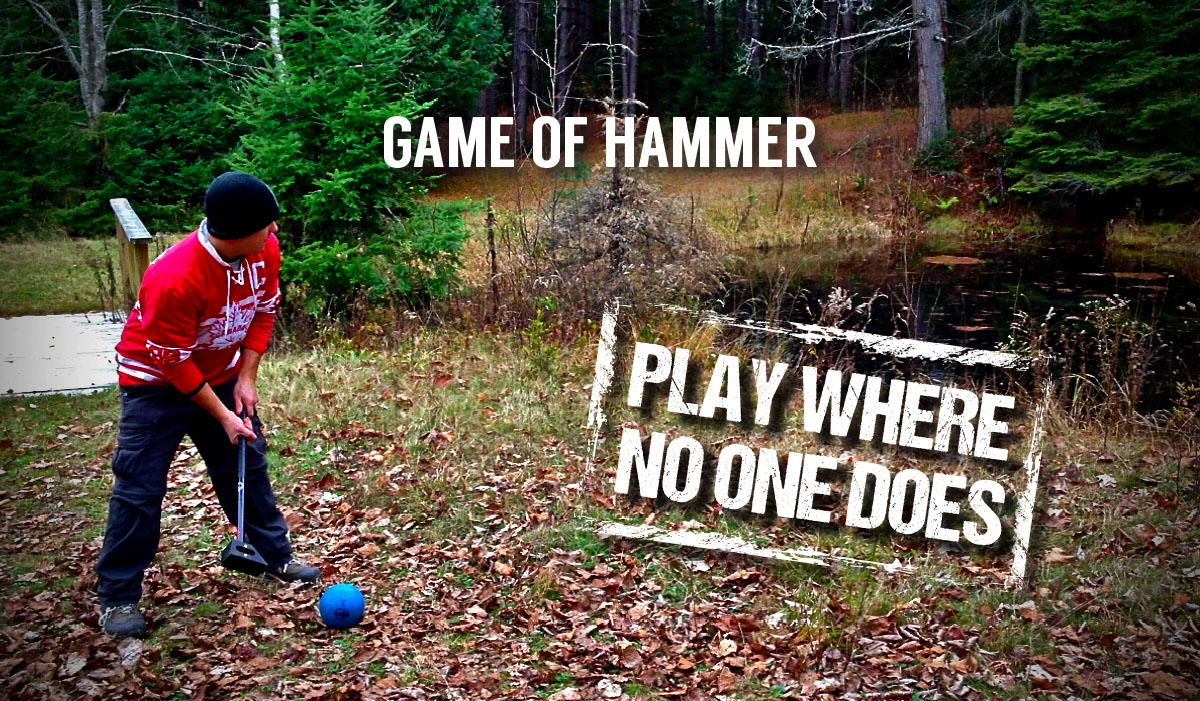 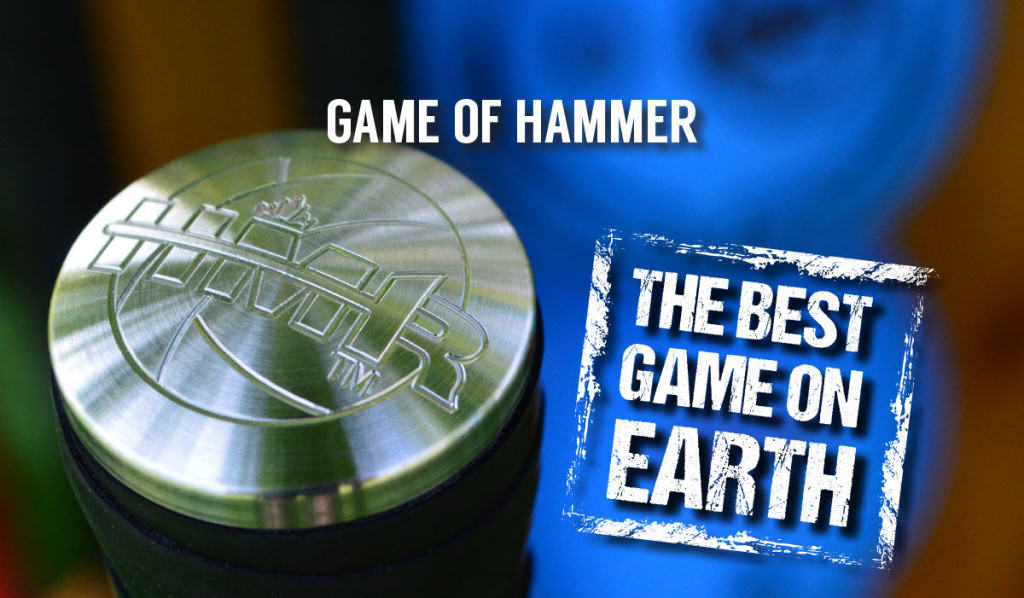 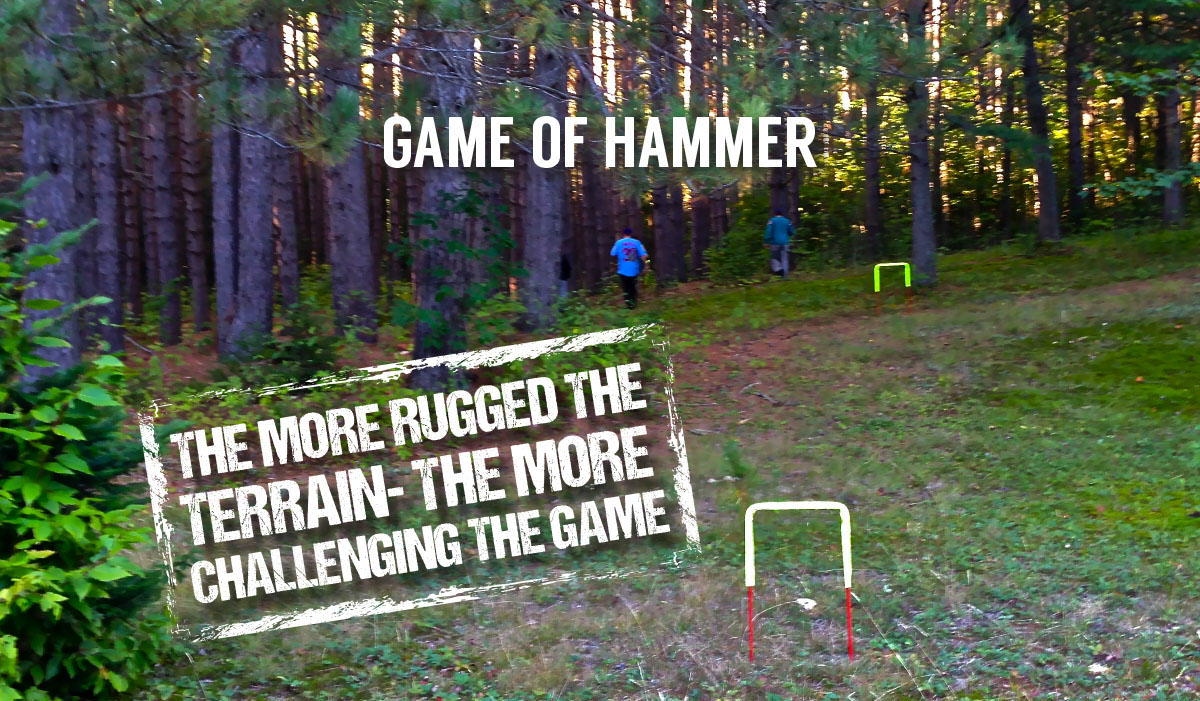 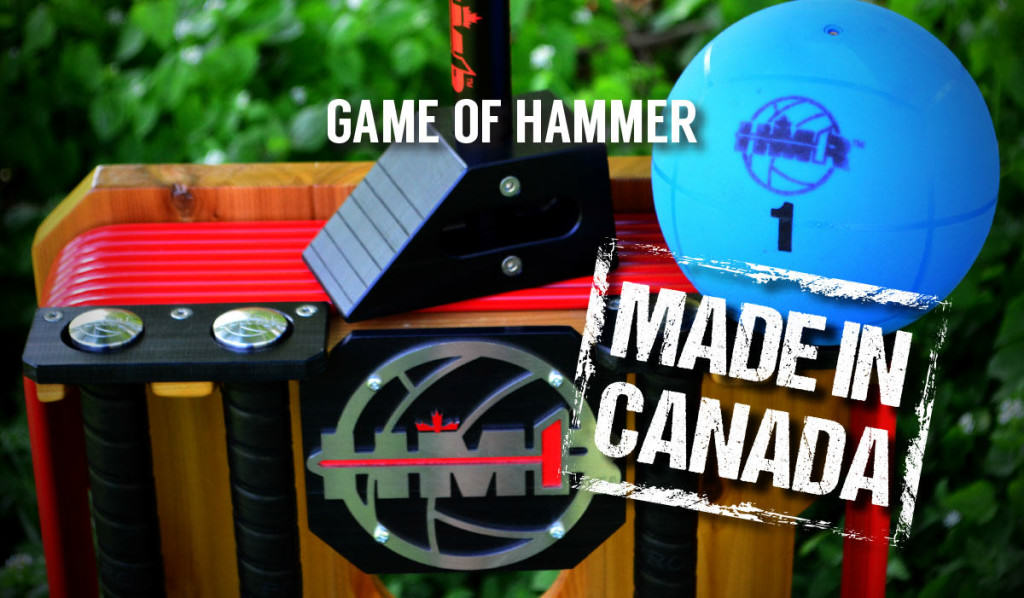 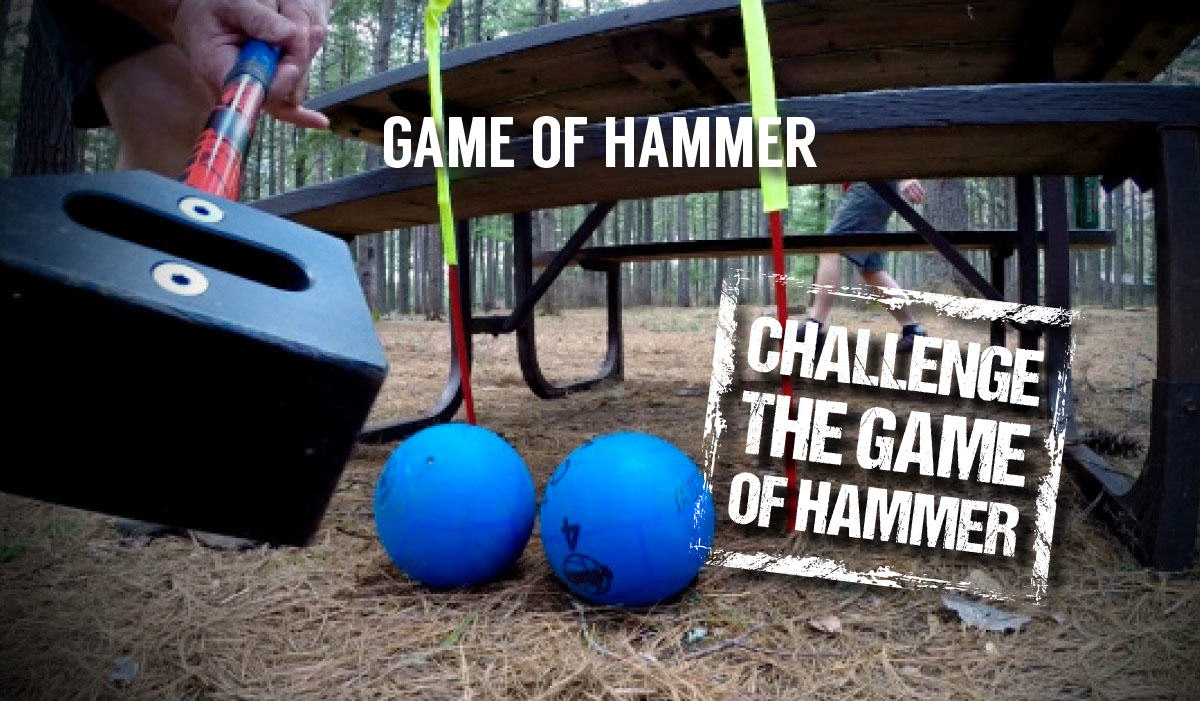 First, pick a SAFE large area in which to play.

Choose an object to begin to play from- A large tree, rock, fence, picnic table etc. (a “hammer on” area). From this area, players “set their line” (set the course with the 8 red gates) in any configuration within the selected terrain.

NOTE: When each player sets their gates (2 gates each), these must be approved by at least 2 of the other 3 players.

After the last gate is set, players can choose another object to “hammer out” on, or use the same object as the start if players have set their line in a circle. Playing the line the players have set and “hammering out” is called completing an end.

Players hit the ball in turn, in any order they agree upon. Each player gets one hit per turn. There is no bonus hit for going through a gate.

When three players have “hammered out”, the fourth player (last place) picks up their ball and is the first to start the next end.

NOTE: There are 2 “ends” to a line, forward or backwards, as shown on the scorecard.

After the completion of each “end”, record each player’s score: First- 4 points, Second- 3 points, Third- 2 points and 1 point for last.

NOTE: If a player hammers their ball through 2 gates with one stroke an additional point is awarded. This is called a “Two Fer”.

After players have completed the agreed upon number of “ends”, points are added, and the high score keeps the “blue” card (with all players’ comments on back). The high scorer is also awarded the “Silver Hammer”- Until the next game.

Rules of the Game

1. The only thing that hits a ball is a Hammer. During each turn, each player must hit their ball- No lifting with the wedge or pushing.

2. A player may hit another player’s ball (with his/her ball), if the player is in the process of trying to hit their ball towards the next gate. Note: All balls must stop moving before any ball can be hit again.

3. If a player cannot play their ball where it has landed, the player may move the ball back to a playable spot (with the penalty noted below in 5(d)), along the line the player has just hit.

4. Loose debris may be moved within a hammer’s length from the ball, provided the ball does not move. No altering of the ground terrain is allowed.

5. A “lose your turn” penalty applies to the following infractions:

6. There is a 5-point penalty for hitting a bystander with your ball.

7. There are 4 general levels of play area:

NOTE: If players set their line with at least 200 feet between most gates, this adds a .5 to the level to signify challenge.